Tech News Blog Comments Off on 1.5 to 30 Gigs Per Second Wirelessly

Faster wireless connections are inevitable in the near future: Japanese electronic parts maker Rohm announced that it has developed a chip that reached a wireless data transmission speed of 1.5 gigabits per second in experiments, the highest level ever. And according to the company, even 30Gbps will be possible in the future. 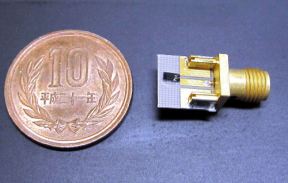 The semi conductor device uses terahertz waves for data transmission, has a micro antenna attached to it and is 2cm long and 1cm high (size of the module). Rohm developed the technology in cooperation with a research team at Osaka University.

According to Japanese business daily The Nikkei, Rohm expects the new chip to cost just “several hundred yen” to produce (100 Yen currently translate to US$1.30). By way of comparison: the terahertz-based wireless chips out there now cost “several million yen”, are about 20cm square and reach a top speed of just 0.1Gbps, The Nikkei says.

Rohm plans to start mass-producing the new chips in three to four years.

Previous World’s lightest material
Next Is a website down just for you, or is is down for everyone? 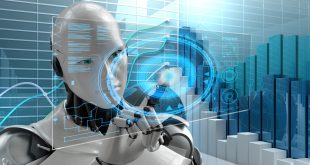