Mobile, Programming Comments Off on 13 Tips on Building your First IOS App

If you are an app developer you must have dreamt of building an app for iOS, which is quite natural. iOS is still one of, if not, the most secure OS in the market. Moreover, since the devices are comparatively costly, iOS generally caters to the well-heeled, tech-savvy and sophisticated customers around the world.  Hence, developing a successful iOS app is often very difficult, since the parameters are set high by Apple as well as the customers. It requires a good amount of knowledge before building the app. This article might not be a tutorial for building a state-of-the art iPhone app, but can help you understand the common mistakes that you might commit while developing the app and help you avoid them.

Do thorough research about the area you are trying to create an app. This is essential if you are launching your own app.

Some key things to research

At the end, you need not develop the app yourself. However learning iOS will help you imagine what can be accomplished.

Picking up a readymade template UI is the best option for iPhone app development. This saves you time and money as you need not invest time in developing an UI for your iOS app. There are many marketplaces like themeforest.net that contains countless attractive UI templates for you to choose.

iOS apps testing is a cumbersome task. You can not avoid testing on iPhone at the same time

it is absolutely necessary to test your built app on tablets, also other iOS platform supported devices. It is suggested to try all possible versions of iOS so that you can be sure that your app is working for a varied range of devices and platforms. This will help you build a versatile app for all platforms.

Lesson 4: The App Evolves Over Time

Everyone likes apps that are simple, especially for navigation. Hence it is suggested that do not make your app unnecessarily complex if it can be designed with an intuitive and user friendly interface. The simple apps would save you time in building them and also help you focus on making it better, unlike an app that has complex coding.

Lesson 6: Do a Beta Release

Beta release is always advised before the grand launch for your app. Beta release helps you release your app to a limited number of users instead of the whole community. This will help you assess your apps’ performance through ‘likes’ and ‘dislikes’ with a small sample population. You use Apple Test Flight to get Beta testers.

Feedback is one of the most useful tools for improving your app. This platform provides you an honest communication about what is right and more essentially, what needs improvement in your app. Hence always keep a tab on the feedback for improvement of your app and serve your audience better.

The more you simplify sending your app version, the more time you save in the future. The simplification of the app version enables you to save energy and time while debugging any issue that might occur in the future, while the app is live and used by your target audiences.

Lesson 9: Do not Rush to Release

Many developers hurry in releasing their app to the Apple app store, which lands them in trouble. They want to do so because they do not want to miss the deadline. Do not commit that mistake. Never release your app until it is completely ready to be released – even if you need to marginally postpone the release date.

Every product needs an icon or pictorial representation and your app is not an exception to it. Do not forget to give a brand identity to your app through an icon that will be displayed in the Apple store. Try to choose an icon that best describes the app and makes it an appropriate choice for your app.

Apple follows very strict rules for the developers and many developers make a common mistake by building apps by not following the Apple rules word-by-word. Do not commit that mistake. First take a look at the rules and understand them clearly – then start building your app keeping the rules in mind to avoid rejection.

Security is most important aspect of your app and it is always better to address the security issues during the development phase itself. If you wait to address the issues till the production phase, there are chances that your app may get exposed to the vulnerabilities of online threats.

Lesson 13: Devote Yourself to Development

There are many developers, who aspire to become iOS app developers, but it is not guaranteed that everyone will be successful in developing the app. Keep your mind open to accept this fact and learn from the mistakes, so that it can help you become a better developer as every day passes. 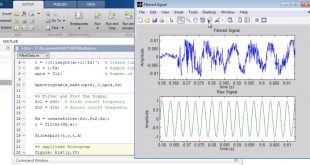