While it might seem late to get into mining Bitcoin, the price for Bitcoin did rocket to $1000 in 2014, only to come tumbling down to $200 today in August of 2015. Have we hit the bottom of that drop, and might we reach those highs again? Or is it a good time to start mining other digital currencies with the hopes of also reaching 2014 Bitcoin levels?

Here’s a look into Bitcoin, other digital currencies, and potential profitability.  Since Bitcoin is the most popular digital currency today in 2015, it will be this article’s currency focus example over the others.

Bitcoin is a type of digital currency in which encryption techniques are used to regulate the generation of units of currency and verify the transfer of funds.  Bitcoin operates independently of a central bank, and unlike bank accounts, Bitcoin wallets are not regulated or insured by the FDIC. Transactions are made without any middle men, which means, no banks, and for that reason, has become a popular investment for diversification.  There are no transaction fees and no need to give your real name.  Bitcoins are stored in a “digital wallet,” or virtual bank account, which exists either in the cloud or on a user’s computer.  Several marketplaces called “Bitcoin exchanges” allow people to buy or sell Bitcoins using different currencies.

People can compete to mine Bitcoins to solve complex math puzzles, which is how new Bitcoins are created.  Typically, a winner is rewarded with 25 Bitcoins roughly every 10 minutes.  There are various crypto-currencies out there today. Some other popular ones include Ripple, Litecoin, Dash, Dogecoin, and Maidsafecoin, but Bitcoin continues to be the top digital currency holding the most value on the market.  Because the difficulty in mining Bitcoin has gone up, other crypto-currencies have become more popular to mine, having lower difficulty and more room to grow in the digital currency market.

Is Bitcoin mining still profitable in 2015?  With today’s competition and new hardware technologies, the difficulty in mining Bitcoin today in 2015 is much more difficult than it was a few years ago as difficulty in mining has gone up with better technology and more competition.  Bitcoins are becoming more scarce and difficult to mine, and large profitability is often often seen in larger scale operations located in areas with stable, low cost power.  Take these mines for example, where owners are making upwards of about $8 million dollars a month!

Though Bitcoin has become more difficult to mine, this has also opened doors to popularity in mining other digital currencies.  To calculate profitability in any digital currency, you must consider the cost of power and equipment, current Bitcoin (or other digital currency market price), and hash rate, along with other considerations like how to run operations efficiently (pool your efforts, spend to earn, keep cool, have consistent power and uptime, etc).

Here are some Bitcoin Specific Calculators to give you an idea of the details in whether or not you can be profitable as a Bitcoin miner:

There are various currencies out there, some not as developed and as difficult to mine as Bitcoin. Some of these crypto-currencies include Ripple, Litecoin, Dash, Dogecoin, and Maidsafecoin. You might consider these as other denominations of digital currencies which all operate like Bitcoin and fluctuate with the market.

How to Mine Bitcoin

If you are just starting, here is a good video on how to mine Bitcoin for beginners.

DIY Bitcoin Mining
What’s more efficient, “Do it yourself” Bitcoin mining or cloud mining?  Well, it all depends on the efficiency of your equipment and the cost of your electricity and maintenance operations.  DIY Bitcoin mining can still be profitable, but you have to keep in mind that you’ll need to spend a pretty penny to earn an even prettier one.  Check out some of these Bitcoin miners and use the Bitcoin calculators above to see what kind of profit can be in store for you.  Look for high hash rate miners for best performance.

Bitcoin Cloud Mining
You can be profitable using the cloud for Bitcoin mining, but it depends on what you can get your hash power for and the fluctuation of Bitcoin in the market.  While this might seem like a good option at the right price, you have to wonder why these companies don’t just make all the profit themselves?

As with any investment or endeavor, always do your due diligence and proceed at your own risk. No one knows what will become of Bitcoin. It is mostly unregulated, which could always change. Today, governments are concerned about taxation and their lack of control over the currency which makes it easy for money laundering and abuse. The future may be in question, but it is certainly already in use and of high value today. If Bitcoin can ever get to 2014 highs, it’s definitely still early to get in or start mining.

Previous How to Become a Web Developer? 6 Important Aspects.
Next Take Heed: The Importance of Wearing a Wristwatch 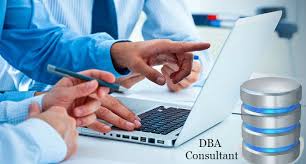 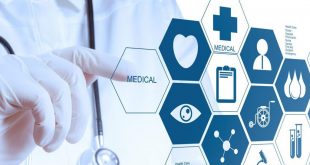 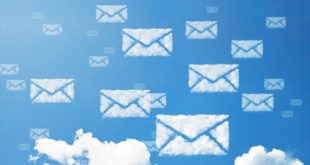 Listen to Audio Online trading, be that be stocks and shares or cryptocurrencies, can be …