Common Office Computer Problems and How to Permanently Solve Them

Troubleshooting, Tutorial/How To's Comments Off on Common Office Computer Problems and How to Permanently Solve Them

Computer-related tech problems are ubiquitous in workplaces both big and small. Most offices face recurring computer problems that can actually be solved permanently. If a PC keeps breaking down, it will only cost more to keep fixing it.

Here are some tried and tested tech problem-solving methods for workplaces, plus tips on how to keep computers running properly on the long haul:

The Computer Won’t Boot Up

A good majority of office workers know the pain of showing up on a busy day, but the computer won’t start. A computer that fails to boot up may have serious software or hardware problems. However, the problem could be caused by a really trivial issue, like a power outlet that’s not turned on properly or a wire that inadequately delivers power.

That why it’s important to rule out the simplest causes of the problem before calling in an IT team. If the booting issues keep occurring, then the computer must be examined thoroughly by an IT expert.

Most offices can eliminate problems like this by properly maintaining their machines on a regular basis. Have IT professionals look at your machines at least once a year to diagnose problems. Biannual hardware inspections are strongly recommended as well.

In some cases, the computer does turn on, but the screen is blank. This is not an issue with the computer per se, but the monitor itself. The monitor may not be connected properly to the CPU or the power source, in which case it would fail to turn on.

This problem is easy to fix on desktop computers, but it’s trickier on laptops. If a laptop monitor remains blank, it will require a professional inspection without delay. Internal wiring issues are the most common reason laptop monitors don’t turn on.

Offices that continue to reuse old monitors may run into screen issues more often than not. If the monitors are decades old, it’s more cost-efficient to invest in new monitors. The newer products offer better resolutions and they are more energy efficient than older monitors. Plus, buying a computer part like a monitor won’t be as expensive as buying a new batch of computers.

Staring into a frozen screen is almost part of the corporate life. Frozen screens are caused mainly because of a software problem, whereas a blank screen is a hardware problem. There are many reasons why a computer may freeze. Therefore, professional help will be necessary to determine the root cause of the issue and find a solution.

Frozen screens can be caused by corrupted or missing operating system files. Insufficient RAM capacity can cause the computer to overload and result in OS issues that lead to problems like frozen screens. On a more nefarious level, a frozen screen could be caused by malware or a hacking attempt.

Most computer users turn off the computer by holding down the power button and then restarting the machine to solve frozen screen problems. It’s alright to do it once, but repeatedly turning off the computer manually can exacerbate the problem, possibly cause registry conflicts, and cause minor physical damages to a hard disk drive.

It’s highly recommended to have an IT expert look at a computer with a frozen screen even if the machine restarts eventually. There could be an underlying problem that may cause serious harm to stored data in the future.

Malware is the main reason why office computers require constant data backup. The tech people may need to restore the system entirely to get rid of a computer virus. Without backup, the computer may lose all its data.

It’s also important for workplaces to inspect all computers connected to a machine that may have a malware problem. Computer viruses spread through the internet and also through internal intranets. Take the safe approach and assume that all computers are infected if one machine returns positive for malware.

Installing anti-malware protection on all computers and taking precautions to prevent hackings can prevent recurring malware problems. Computer viruses may indicate a serious cybersecurity threat, so it should never become a recurring problem in an office.

Noises Coming from Inside the Computer

If the cooling fans break down, the system immediately begins to overheat. Modern operating systems are programmed to shut down if this occurs. But the user can manually start the computer unknowingly and cause irreparable damage.

That’s why it’s really important to immediately turn off the computer if the strange noises persist. Take the CPU or laptop to a hardware professional for an inspection. Cooling fans can work properly again after a thorough cleaning. In a few cases, the fan may require replacement.

Cooling fan problems can be easily solved with proper hardware maintenance. All computers should have the fan unit cleaned because dust and debris quickly build up here. A biannual fan cleaning will keep machines running smoothly in the long run.

Nearly all office computer problems are preventable. Proper annual maintenance of the machines can usually prevent the majority of these commonly occurring problems. 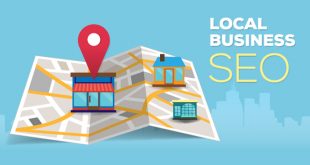 How to Run an Effective Retargeting Campaign in 2020?