Example of The Importance of Brand Identity and Brand Image

Major brands such as Apple got to where they are today because they focused on building their brand image. Apple struggled in the beginning, but the company focused on its core products building a brand identity for being the supplier of high-quality electronics at a premium price.

How Did Apple Become A Leading SmartPhone & Laptop Brand?

This brand identity now reflects the companies brand image. It is a brand that can still sell SmartPhones and laptops at prices way above the average market rate as well as lock people into buying accessories that are only compatible with their product.

Everything about the way Apple set up its brand seems selfish. However, their marketing has been so well deployed across the globe that people don’t seem to care that once they buy an Apple product, they are locked into Apple’s brand. In fact, Apple products become a way of life for some people.

Apple’s brand identity, in the beginning, was not clear. However, Steve Jobs changed Apples brand image after his return to what was then a brand struggling to find its place in a fast-growing and competitive technology industry. In the end, he ditched many of Apple’s product lines and focused on core tech that would shape Apple into what it is today.

McDonald’s is another example of a business that has worked miracles by maneuvering its brand identity. With the stigma behind its unhealthy junk food contributing to heart disease and obesity in Western countries, the company opened McCafe. Now McCafe is a major coffee brand not just in the USA where the concept was first successfully piloted, but globally.

In addition to this, McDonald’s has introduced healthier options to its menu plus refurbished all its restaurants around the world to a more classy décor. It is these small refined touches that can change a business. Instead, the dull looking beige colored plastic seating, now McDonald’s restaurants have a more classy feel to them – like you are not eating in a junk food restaurant.

It was not just negative media about the negative health effects of junk food that was bringing McDonald’s down, it was also the bad décor that made you feel as if you were eating dirty food in a dirty environment. However, the branding team came up with the idea of eating junk food in an environment that at least has a more classy look and feel to that of its old style restaurants.

The company continues to make huge profits today despite many pressure groups attempting to derail McDonald’s years of success.

Still, to this day, not many people know this, but Red Bull failed all of its taste samplings during consumer testing groups. It failed so badly that the marketing company hired to make Red Bull a success did not want to carry on with the campaign. However, Austrian entrepreneur Dietrich Mateschitz insisted that they still go ahead with the release of the product.

Miraculously and still to this today many are astounded by this, Red Bull became an unmatched success. A bad tasting energy drink is not seen in fridges of every refreshment area worldwide. It was the branding that gave Red Bull its successful break. “Red Bull Gives You Wings”. It attracted adrenaline junkies around the world and still does. It is also a popular alcoholic mixer.

Out of the three examples here, arguably Red Bull is the most impressive. Its brand image is now associated with extreme sports and much like Apple promotes its products as a way of life, when someone picks up a can of Red Bull, they are also promoting a self-image of themselves – “I drink Red Bull because I live life on the edge” – it is almost like those that drink Red Bull are making a statement.

How can you promote your brand image to help your business’s success? Check out Emedia Creative Design Agency – an expert in advice and strategy when it comes to product and service branding.

Previous Catching Cheaters on Exams: Hi-Tech vs Traditional Methods
Next How to Choose a Data Backup Service 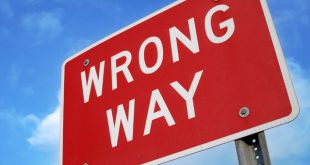 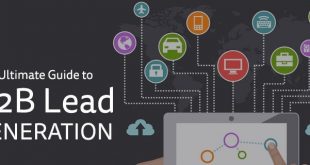 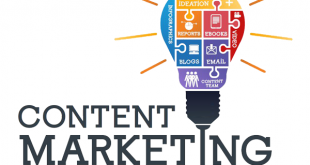 A guide to making your customers happy