At its root, system automation is an ingredient for increased efficiency. In the world of IT administration, some managers have extended that logic so far as to suggest innovative tools should be used to thin out team rosters and further reduce overhead. While labor costs are a concern for any CIO, applying automation toward downsizing their existing human resources is often a shortsighted approach.

In reality, implementing those principles in a way that complements and compounds the skills of your current IT talent may deliver far more substantial benefits down the line.

For IBM i users, something as simple as the integration of new job scheduling software from Help/Systems could transform the way teams take on their daily challenges.

Many of the frustrations that flare up inside today’s IT departments are a result of flawed manual workflows. Systems administrators may want to put the finishing touches on each and every process to ensure everything goes according to plan, but as they do, they risk sacrificing their own sanity and actually increasing error rates. By employing intelligent technology that works in harmony with their big picture responsibilities instead, workers can retain comprehensive visibility with better operational outcomes.

Software that combines time- and event-based job scheduling capabilities exponentially increase IT staff agility. Administrators can create custom scripts to both automate the execution of more mundane, recurring processes and autonomously resolve certain contingencies when staff are unable to immediately intervene themselves.

Not all IT tasks are created equal, and dedicating the same time and attention to each would be a foolish management strategy. However, each and every message generated by the System i must be accounted for in some fashion. Feedback regarding areas as important as application performance, storage management, device access and security events must be handled with care.

Job scheduling software that integrates with a prioritized message management system, like those offered by organizations such as Help/Systems, thus becomes an invaluable asset for sustaining staff productivity. Users can create customizations within this centralized suite to automatically deliver scripted replies to certain messages and flag more pressing pop-ups for immediate administrative attention. As a result, IT teams can be confident that they are not letting anything slip through the cracks as they attempt to allocate their attention more judiciously.

Some managers are initially fearful of employing automation at a deeper level out of concern that pressing problems won’t be discovered or intercepted before it’s too late. Embracing automation doesn’t necessarily give rise to laissez-faire administration, however. In fact, it can be quite the opposite.

Embedding reactive jobs within work streams can quickly bring operations back on track when an unforeseen event threatens to knock them off the rails. As a final fail-safe, job scheduling and message management tools can also be programmed to directly alert qualified personnel when their immediate intervention is required.

Once IT teams are able to engender the type of operating model described above, the real benefits begin to emerge. When administrators are no longer burdened by the minutiae that use to define their manual workflows, they have more time to showcase the ingenuity that even the best technology can’t contend with. Such a state cannot be achieved overnight, of course, but those who have routinely suggest that it’s the area in which business value becomes most apparent.

Previous Are Millennials a Lost Generation?
Next Celebrity Garages of the Rich and Famous 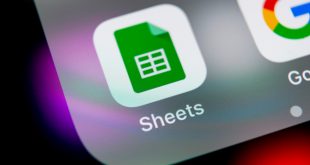 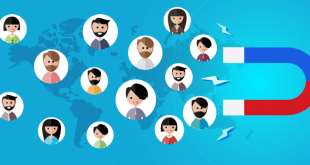 How Your Business Can Attract the Best Talent in Your Industry 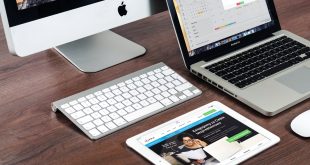 Listen to Audio Leaping into a career, you have never been into, might be one …