The internet has revolutionized nearly everything. From socializing to streaming, things that were once impossible and unheard of are now the norm.

It has also popularized games that were hardly played in the pre-internet era. Poker is one of the biggest success stories of a game which has shot to stardom in the internet age.

The poker boom of the 2000s brought about a massive spike in the number of people playing worldwide, and now Texas Hold’em is one of the most-played card games in the world. The internet has brought about new and unique ways of playing as well, and the game is continuing to evolve and attract new players.

Traditional Poker and the Pre-Internet Days

Before improved internet speeds brought about a huge rise in online poker sites, the game was played by a select few in real life. The World Series of Poker has been going on for nearly fifty years, with the first event taking place in 1970. Johnny Moss, the Grand Old Man of Poker, won the competition that year after he was voted the best player out of the seven professionals who took part. The competition only followed that format in its inaugural year and, from 1971, became a freeze-out tournament. Moss was also awarded a silver cup for winning, rather than a bracelet. The bracelets were given to winners from 1976 onwards.

Traditional poker places a heavy emphasis on bluffing, deception, and being able to read other people’s body language. The fact that it can be played professionally and the same people frequently make it to the final stages of tournaments prove that it is so much more than a game of chance. Players have to know how to capitalize on good cards when they receive them but they should also be able to take down pots when they don’t have the nuts.

Live poker experts like Phil Ivey are notorious for giving nothing away and their opponents find it extremely difficult to work out what kind of hand they could be holding. Players also need to be brave and take calculated risks. This encourages them to have good math skills so they can work out their probability of winning a hand. If the odds are slightly in their favor, they need to exploit that fact.

While there are many different variants of traditional poker, including 7 Card Stud and Omaha Hi-Lo, Rounders helped bring Texas Hold’em poker to mainstream audiences and it was this option which prevailed. The 1998 film directed by John Dahl featured Matt Damon as a professional poker player. It delved into a lot of the psychology behind the game, and showed how experts can have a magic-like ability to read their opponents. It certainly influenced a lot of people to play poker but, until the mid-2000s, there were not many places in which to play. This all changed when internet poker became big.

As with a lot of games, the internet brought about a number of changes in the way poker was played. Because people were playing online and weren’t able to see the faces of their opponents, it made it much harder to work out when someone was bluffing. Instead, successful players were those who had a good understanding of odds and could mathematically calculate when the best times to bet were. The internet also made traditional poker games much more fast-paced. Players only had a short time to make decisions, as a timer would tick down when it got to their turn.

As more poker sites have cropped up, it has become imperative for operators to offer different things in order to stay ahead of the competition. This has led to an increase in the amount of new poker variants which are a lot different to the traditional forms of the game. The mobile gaming industry has had an influence on this as well, as games for the smaller screen tend to be easily accessible and playable in short bursts. For this reason, poker options to suit busy lifestyles and mobile gamers have come about.

Snap Poker at 888poker is one of the fastest options around at the moment. In the past, there has been a lot of waiting around in online poker. After a player folds, they have to wait until the other players have played out the hand. This can often lead to impatience, which is when mistakes are made.

888poker has a number of fast-paced poker options

In Snap Poker, players receive their cards and, if they decide to fold, they instantly get a new hand. This is because there are hundreds of other players doing the same, so there will always be enough people to make up a hand. This is an ideal way to play if you are short of time. Another option is Blast Poker, which features rapidly increasing blinds. Once the blinds get to a certain level, players are forced to go all in.

How Else Has the Internet Changed the Way People Play?

The internet hasn’t merely brought about different types of poker games, it has also changed the way people play in other ways. One thing that it could be commended for is the way it has opened up doors for casual players. A lot of online poker sites have tournaments and special games nowadays which are free or low cost to enter but can yield excellent rewards. One common theme which has arisen in the age of online poker is tournaments that provide the winners with a seat at a major live competition such as the World Series of Poker. One of the catalysts which sparked the poker boom was when Chris Moneymaker became the first online poker player to become a world champion after qualifying at an online poker site. The American picked up $2.5 million at the Las Vegas event and made others realize that it was possible for everyday people to win the major prizes.

Online poker has helped people improve their all-round game as well, with a number of professionals now playing a combination of online and live games. Doug Polk, for instance, is well-known for his proficiency in online circuits and completed a challenge where he turned $100 into £10,000. But he has also found great success playing live competitions, which he considers even easier after having played online. Polk has three World Series of Poker bracelets and has made the final table on five occasions.

The reason why online players can succeed in live tournaments is the fact that they have spent time mastering the mathematical side of the game. Online players tend to get bet sizing absolutely right and they can be hard for other players to read.

Just as slot games and blackjack have evolved in the internet age, poker has come a long way from the traditional game of old. Now, there are fast-paced versions for people who live busy lifestyles or don’t have the patience to sit in a long tournament. They are seriously fun, but may not appeal to poker purists. 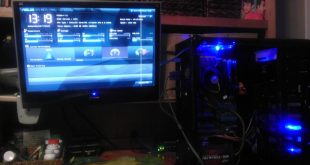 How to Avoid the Potential Security Risks Associated with Online Gaming? 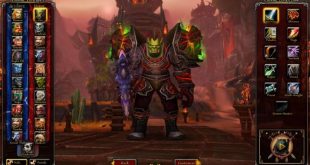 What are Private Servers Gaming and are They Legal?