Hi to all the readers! I don’t write much on business matters recently, only if something curious pops up. Quite a while ago I came across an interesting service for transferring big scale of data (and not so big as well). Here is what I found on that useful service.

As we all know, at the moment safe data exchange with large amount of information between different devices with various operative systems is not easy for every user. Sure, some of you asked yourself what may be the easiest way to move big files from Windows to iPad or from Android to Mac. For tasks like that, following methods may be of use:

Say, it’s about downloading a video from PCs Windows to a phone with Android – and even in such a simple case it will require utilities and drivers installed for the Windows to recognize “something foreign”. In some cases (for example, with iOS involved) it’s not possible without the whole program (iTunes) being installed. In any case, the cable option is just an unnecessary hassle, and completely out of date if truth be told. In 2019, it’s utterly inefficient to use cable for data transfer. USB port might be unavailable, drivers might refuse to recognise the devices and so on.

An unseen objective intermediary of a kind, United Cloud Storage. Such a trick totally could be called the cutting-edge technology – which, alas, also has its drawbacks. For this to be used, it takes a utility to be installed on your phone – Dropbox, SugarSyns, Mega or anything of your choice. It will “load” files via virtual cloud storage. Seems fun – but the fun that is organized with no your involvement whatsoever, since all the data to be transferred first is being uploaded to a “cloud warehouse” and only afterwards starts to be downloaded to the attached device hard drive in small thin streams.

As a result, we’ve got a time waste combined with total lack of confidentiality, more than occasionally accompanied by a rather aggressive promotion methods of those apps’ other “useful” functions: for example, quite an assertive “recommendations” to upload a recently taken picture to the cloud.

Like WhatsApp, Viber and others or by email. This primitive thing may be suitable for only small joke of a file – simply because it will take ages for the file of just 1Gb to be downloaded via such a basic channel with non-stop errors. And there is no space even to mention the security matter in those cases, especially in context of massive official governmental tracing programs like Prism or XKeyscore.

The fastest and the most secure option for information transfer that uses the most recent data ciphering technologies. Personally, I tested a number of services in this category, and found Pvtbox the most affordable and comfortable. Using the complete end-2-end cipher, it transfers data through one range network of P2P type sending the whole blocks of data, even in matching data streams. In this case, it’s direct data transfer divided into large fragments strictly between two or more devices.

The service works easily and efficiently. To start, it takes only to register at https://pvtbox.net and to install the Pvtbox app on your phone or computer, and voila – everything is ready for top speed exchange of any scale data whatever the specifics of attached devices’ operational systems are. Everything goes smoothly just between the private cloud created with your devices with the access available for an account holder only. A protected folder Pvtbox is automatically being created on your computer or phone, and that’s where all the transferred files are stored.

The most interesting thing here is that any number of devices (computers, tablets, phones, laptops and even servers) could be attached to that super fast “informational mill”. If all of them to be logged in under the same account they will exchange the information on high speed between each other – quite a valuable feature these days.

The service is suitable for individual and corporate clients both – for everyone who values confidentiality and control not only in theory. Deep studying of manual might bring even more discoveries – some really curious points like remote data deleting or timer for a link or a password creating, and many other things of a kind.

What should be mentioned: the security on a premium level is the main priority for the service. That is why this service has it as a principle never to obtain an access to the user’s info, while all the user’s information in being kept on the user’s devices only – to be sent from one another directly via the ciphered channel. It makes perfect sense, given that not keeping the information on the service’s capacity makes a leak from the service’s side impossible.

So, in case you would like to transfer your content with the highest speed but outside the other’s view, Pvtbox is exactly what you need! Those who prefer not to go into all the technical details and would like to get the totally ready-to-use protected program complex could use the Electronic Vault service from Pvtbox  https://pvtbox-evault.com 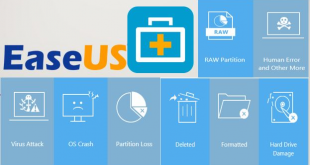 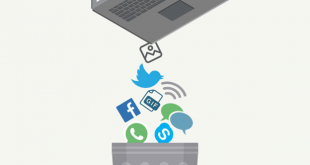 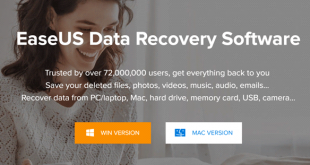