Important Things to Know About Android Smartphones and its New Launches

If you are looking for a mobile phone with the longest battery, water resistant, good camera quality, then android phones are the best choice for you. An android phone is a powerful and highly advanced Smartphone which runs on the Android operating system, which is created by Google.

Using android mobiles you can able to install a varying number of applications for your convenience and at the same time, these mobiles provide multitasking capability for the end users.

Android operating systems run on almost all the mobile and handheld devices, it also provides a host of handsets for the biggest mobile manufacturers in the world.

Companies like HTC, Samsung, Microsoft and LG have launched their mobile phones and had a great profit and success in their company products. These company mobile phones run on Android operating systems.

One of the best features of android mobile phones is the user-friendly options, which helps people of all ages to understand and operate mobile phones easily. Android phones also allow you to install a number of applications without any restrictions from the Google PlayStore.

When it comes to cost, usually android phones are available in all ranges starting from the lowest to the highest range. This will help all the people to use an android mobile. As technology is improving daily, the operating system is also updated regularly with additional features to help the end user for better usability.

When you want to buy an android phone you get a number of choices from which you can pick a mobile of your choice, but when it comes to Apple phones you can hardly get two choices that differ only in the size, the hardware parts will remain the same.

Android mobile phones have universal mobile chargers they use USB or USB C charger which is common to all the mobile devices. But Apple decided to make own chargers called lightning. These chargers work only on Apple devices.

How to Choose an Android Phone

By selecting a cellular carrier which currently in android phones; some may have carrier specific android which could help you to decide your mobile, decide between multi-touch keyboard or traditional keyboard which will narrow down your search, decide on the size and quality of the screen, choose a mobile with latest technology, consider a mobile with higher memory capacity, consider the processor that the phone runs on, pick a phone which has multi-tasking capacity. At last read customers and professional’s review better idea of the potential problem with your desired mobile phone.

People are eagerly waiting for Android phones to be launched, these set of new launches are highly advanced in technology with better usability, hardware and software improvement. These mobiles are worth waiting for. Now let us see some of the new arrivals.

The Blackberry Key2 LE is light in weight but durable with a 4.5-inch 1080p and Gorilla Glass display. The hardware includes a Snapdragon 636 processor, 4GB of RAM, 32GB of initial storage, and 13MP and 5MP cameras

It has a flagship Kirin 980 processor, up to 8GB of RAM and 256GB of storage. The “nano-texture” makes the paint job look even more sparkly and gives a professional look to the mobile. It has a 6.4-inch screen. It has a 25MP front-facing camera and a 48MP rear camera.

5 Apps Every Entrepreneur Should Bookmark in 2020 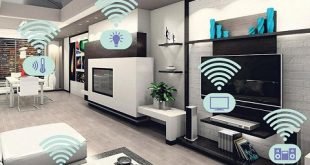 Listen to Audio When you run a business, the end goal is usually to make …