Mobile Comments Off on Looking for older versions of iPhone? Comparing iPhone 6s and iPhone 8: Specs, Design and Performance

Apple releases newer iPhones every year, but some are just pretty much the same, with few design upgrades.

If you’re wondering if iPhone 8 is worth the price and if it really is a major upgrade from the iPhone 6s, keep on reading.

The fact that Apple continues to sell the iPhone 6s is a testimony of how great this phone is. Since its release in September 2014, the iPhone 6s garnered positive reviews and feedback from its users.

Design-wise, this smartphone is nothing short of amazing, with 4.7-inch Retina HD display and a resolution of 1334×750. Colours available include Rose Gold, Silver, Gold and Space Grey. The material is absolutely lovely with the aerospace-grade aluminium and an anodised outside layer for an extra layer of protection. Since it has a metal back, it won’t be as delicate as the glass material of iPhone 8. Despite its metal casing, this smartphone weighs only 143 grams, truly lightweight and handy.

Battery life is also decent with 1715 mAh, non-removable battery. For a phone with the A9 chip processor, it’s definitely fast, with a 90% faster graphics performance compared to its predecessor. The brand-new iPhone 6s retails at $699

But then again, a new breed of unit is introduced three years later, that is the iPhone 8. No denying, it is an incredibly powerful phone, but it also has downgrades, particularly the disappearance of the headphone jack.

For $979, you get what you pay for; An all-glass design. It looks nearly identical to the 6s, particularly in the resolution, but with a 65% screen-to-body ratio. Finally, the iPhone 8 has the A11 bionic chip, far more powerful than the A9 in terms of speed and functionality.

iPhone 8 is also capable of wireless charging and has an improved battery life of 1821 mAh. However, it weighs 148 grams, slightly heavier compared to the 6s.

Another show stealer feature of the iPhone 8 is its camera, with a f/1.8 aperture on the back and f/2.2 aperture for the front camera. It’s capable of taking good photos even in low light situations.

Truly, the iPhone 8 is packed with upgrades meant for a better mobile experience. But it doesn’t change the fact that the iPhone 6s is also a powerful phone with nearly the same features. If you’re after a decent camera, durable hardware, a headphone jack and a speedy phone, the iPhone 6s is a sound investment.

You can find high-quality units at Phonebot for a pretty decent price. The refurbished iPhone 6s 64gb starts at $399, half the price of iPhone 8 64gb, starting at $799. Also take note that the resale value of the 6s is still pretty good and will not depreciate quickly compared to the iPhone 8.

Previous Attracting the Good Kind of Attention: 5 Keys to Developing a Stellar Inbound Marketing Strategy
Next Why we should blame Facebook, instead of Fake News

5 Apps Every Entrepreneur Should Bookmark in 2020 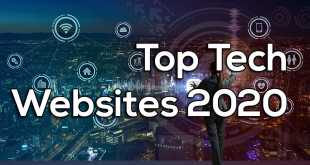 Listen to Audio iPhone customers continue to grow with millions of users across the world. …