Negative SEO had been discussed & dreaded in the past, but Google repeatedly managed to keep SEO’s assured that we could never be effective to the extent that it should be feared.

It has, however become a problem and is now a feared reality, as websites can be in fact impacted by negative SEO, where a competitor attempts to vandalize a competing website by posting that link on thousands of spammy URL’s.  We have first hand experience as we’ve had a couple friends affected by this very scenario.  The answer is to basically fix your links, build more quality ones, and wait it out.

Studies on this topic continue and researchers have yet to provide an accurate report of their findings.

Some have suggested that Google could disavow links (mechanism that will let webmasters dissociate a site from certain backlinks). There has been talk about enabling such a feature in 1-3 months.

What can one do to avoid negative SEO being done to them?

2. Take good care of on-page optimization (this includes using the number of keywords in your site’s copy that would be natural to use, fixing crawl issuesand removing duplicate content).

3. Get as much social media love as you can (social media signals have only become more important in recent years, not to mention that they also serve as awesome traffic channels).

4. Continuously monitor your site rankings and backlinks. This would allow you to detect negative SEO done to your site early on and react accordingly.

5. Hire a negative SEO service to monitor and clean up any bad backlinks

– Negative SEO pays off only temporarily. If someone gets hit by a bunch of spam links and reports that to Google, technically, the site should come back to where it was before.

Here’s a great video on the whole Penguin update situation: 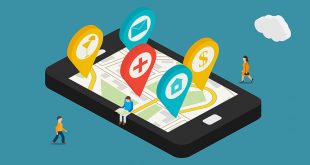