How to Setup and Connect a Wireless Printer

Old/No Repost, Troubleshooting Comments Off on How to Setup and Connect a Wireless Printer

You can connect your Wi-Fi printer in three ways or to three devices. You can connect it to the Wi-Fi access point in your computer network, to one or more computers or to your Smartphone or tablet. As mentioned earlier, the steps and approach of connecting the Wi-Fi printer will be different for each situation.

Before you start your process of connecting a Wi-Fi printer, there are a few settings you should be aware of. After your network is ready, you should note the network SSID, network password (if you are using one) and the security protocol used by your network, i.e. (WEP, WPA2 or WPA).

You should also be aware of any other settings which you have changed in order to turn off a DHCP. If you have turned off DHCP, you will have to assign your Wi-Fi printer an IP address manually. If you have set the access point to connect only to a specific MAC address, then you need to set that MAC address to your Wi-Fi printer. But, you don’t have to worry about any of these if you haven’t changed the default settings.

Once the Wi-Fi connection is established, the following steps are easy. Install the printer driver and continue the steps till you are able to successfully give a test print.

Connecting a Wi-Fi printer directly to any other Wi-Fi device for wireless printing depends largely on whether your printer supports this feature or not. For direct connection, you need an ad-hoc or Wi-Fi direct modes. After confirming with the manufacturer that your new Wi-Fi printer supports ad-hoc, you can connect your printer by entering the SSID code and other required details through the printer menu. After that, you need to install the printer driver on the system from where you will be giving prints.

Wi-Fi direct is the easiest way to connect a Wi-Fi printer as you can connect two devices at the same time. Wi-Fi direct connection can be established easily as it does not have any complicated procedures.

Connecting Wi-Fi Printer Directly to a Smartphone or Tablet

Connecting the printer directly to a Smartphone or tablet is very tricky. The main reason for this is there are no printing apps that suit your Smartphone.

Apple has made connecting a Wi-Fi printer to the iOS device easy by launching an app called the Apple AirPrint. Here also, you need to print through an access point and both the devices are connected to a Wi-Fi network. Apple AirPrint is compatible with more than 1000 varieties of printers.

Every printer manufacturer is working on the basic principle that you should be able to connect a Wi-Fi printer via Wi-Fi without any complications to your Smartphone. Most Android Smartphones are already compatible with connecting to Wi-Fi printers whereas iOS has started to support this feature a few months back.

Users need to keep in mind there is no one solution or option for connecting a Wi-Fi printer. Every manufacturer supports different methods of connecting and you will have to study the documentation to successfully connect a Wi-Fi printer to your computer or Smartphone. If one approach doesn’t give you the desired result, you can always try the next option.

Help Is on the Way: How Remote IT Can Fix Your Common IT Problems 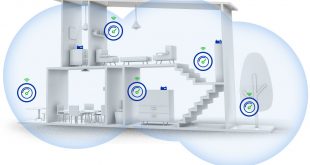 Listen to Audio Whenever you can, you should upgrade your devices to always ensure more …