Home » IT & Tech Blogs » Information Technology » Blockchain » What is Blockchain, and Why is it Here to Stay?

What is Blockchain, and Why is it Here to Stay?

Blockchain, Featured - Home, Investing, Misc Tech Blog - Featured, Useful Favorites Comments Off on What is Blockchain, and Why is it Here to Stay?

In our earlier post on Bitcoin Mining Profitability, we discussed the basics of Bitcoin, what it is, and how to mine it.  This post discusses the bitcoin block chain, what it is, how it can be used, and why it’s here to stay.

To understand Blockchain, you need to know a little about Bitcoin, or digital currency.  Bitcoin in a nutshell is a global peer to peer payments networking that is open to all with a computer or smartphone, open source, decentralized from banks, have no middle men, no issuers or acquirers.  Bitcoin is a type of digital currency in which encryption techniques are used to regulate the generation of units of currency and verify the transfer of funds.  Bitcoin operates independently of a central bank, and unlike bank accounts, Bitcoin wallets are not regulated or insured by the FDIC. Transactions are made without any middle men, which means, no banks, and for that reason, has become a popular investment for diversification.  There are no transaction fees and no need to give your real name.  Bitcoins are stored in a “digital wallet,” or virtual bank account, which exists either in the cloud or on a user’s computer.  Several marketplaces called “Bitcoin exchanges” allow people to buy or sell Bitcoins using different currencies.

Is Bitcoin going to be the Friendster, MySpace, or Facebook of digital currency?  Only time will tell, but what’s important is the value of the blockchain protocol which is discussed below.  The fact is that the creator of Bitcoin effectively created a much larger concept – a completely open source, disruptive, free, and decentralized system for organizing and exchanging all types of information.

What is a Blockchain, and why is it here to stay?

A Blockchain is a public ledger database of all Bitcoin transactions that have ever been executed in the Bitcoin network.  It is the protocol that Bitcoin is built on top of.  It is constantly growing as ‘completed’ blocks are added to it with a new set of recordings.  The blocks are added to the blockchain in a linear, chronological order.

If you wanted to innovate and finance your payments in any sector, there were really no open systems and many interested businesses were limited to their own geographical areas.  By having a baseline protocol that allows the world to build and innovate around finance, many things can now be done.

It’s cheap, fast and give instantaneous capability to transmit value as an alternative currency, but most importantly is a ledger so dependable, that it can go as far as governments to put their currency on the blockchain as well.

Ability to Transform the World

Think of the underlying protocol of the bitcoin blockchain as the Internet in it’s early days.

The Internet was not as useful/valuable back then as it is today without applications like browsers, email clients, google, etc.  Today in 2015, the bitcoin blockchain is still in early stages and not as usable to us as consumers the same way as in the 90s, until Internet startups started building the infrastructure to make the Internet usable and now is a global household technology today, but is constantly growing at an even more rapid pace than the early Internet due to the technologies available today, and companies are investing millions and more every year to continuously build on it’s infrastructure.

The Bitcoin network is today 280 times more powerful than the top 500 super computers in the world.  That power alone in securing the network grows more yearly.  Mass adoption will likely com from markets like:

Retail, Real Estate and other Applications

From a retail perspective, currently only 25% of the worlds population has the ability to buy things online.  The bitcoin blockchain protocol enables every person on the planet with a phone to have equal access and expands the total addressable market to global overnight.  With the blockchain, undeveloped countries whose majority populations do not currently use a banking system are enabled to have high quality financial services and the ability to shop and transmit money with low expenses.  Businesses would be able to participate beyond local markets.  Being decentralized from banks, and having no middle men, no issuers or acquirers enables businesses to have better margins, profits and competitive discounts to consumers. 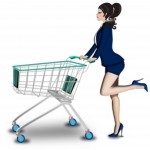 The payment systems we used today were developed in the 1950’s and were  not designed for the Internet –  have fraud/trust issues, international restrictions, multiple fees, compliance issues, etc.  International buyers are subject to fees, setup bank accounts, etc.  You could not do new options like micro payments – ex. new applications built around the blockchain protocol, instead subscribing to 200 cable channels you can now pay for things like channels individually. 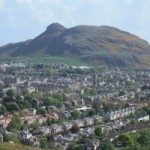 In addition to retail are many other advantages like in real estate.  International buyers could eliminate certain steps like setting up a bank account  and international fees.  Instead of having a paper deed that gets “recorded” you would also have a digital deed that was secure, encrypted, and unique, to ensure that the passage of title to the buyer is clean and documented indisputably forever.  Information would be available instantly as well, thus saving time for all.

Why Use Digital Currency?

The blockchain protocol is here to revolutionize financial systems, title companies, and any other value and ledger-based system.  It’s already making its mark, infrastructure is continuously being invested in, and is here to stay.

One problem with Bitcoin is that it uses a public record to store all transactions that are made, which means unfortunately that its users are very easily compromised.  Anyone can see the transactions in total holdings of one another.

ShadowCash is an underlying currency. It goes beyond other digital currencies to make transactions invisible to the public eye, but still nearly seamless for users, who can conduct their business privately anywhere in the world.

ShadowCash makes use of dual-key stealth address and ring signatures enabling easy and secure transactions. The blockchain is secure by a Proof-of-Stake protocol, users earn an annual 2% income on their SDC holdings when staking.

Learn More about the Shadow Project 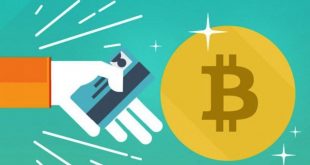 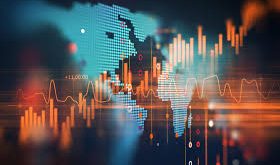